Why HostGator Lost Me As A Loyal Customer 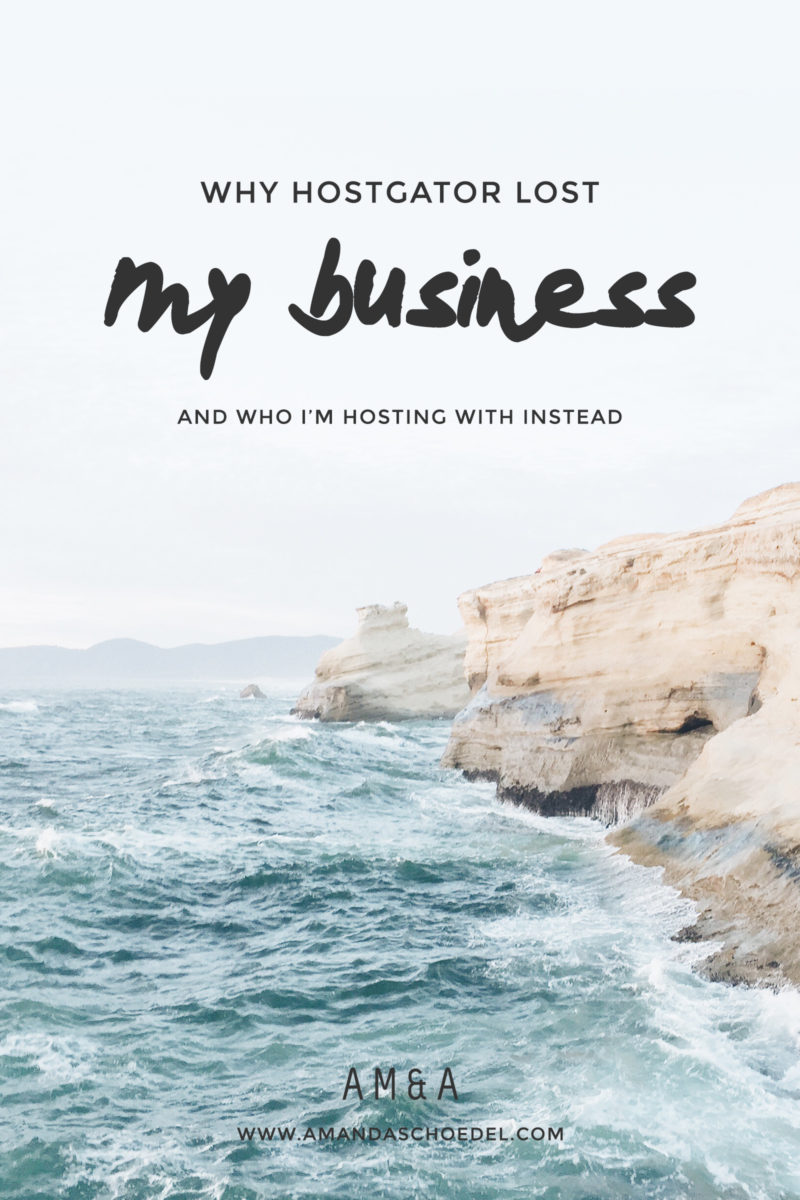 This post contains affiliate links. I may receive a commission from purchases made via these links. I only promote products and businesses that I personally love and use, so I know that you’ll be in good hands.

Let me start by saying that I don’t particularly enjoy internet bashing. Name calling isn’t fun, fair, or productive — especially when the receiving party isn’t around to defend themselves.

I’m not writing this with malicious intent or because I’m angry and want to vent. Actually, the key incident in my story happened almost 8 months ago, so my frustration has passed. I’m finally able to share my experience objectively.

I’m writing this just to share my experience, hoping that it may save someone else the headache that I experienced.

I have been a loyal HostGator customer for years. (Or I guess I should say “had,” since I’m no longer a customer.) I started hosted my own websites with HostGator in 2010. During that time, I recommended many friends and family to HostGator as well.

When I pledge my loyalty, I go all in. I decide I like a brand or a company and I stick with it. This is partially out of laziness and partially because I hate “shopping around.” Most of the time good enough is good enough, and my experience with HostGator was just that.

I originally chose HostGator because they were cheap and I was a broke college student. I had to buy a domain and hosting for a development course I was taking, and it was the cheapest thing I could find. (I remember paying something in the ballpark of $3-4/month for their hatchling plan. The last time I checked this was bumped up to $6/month.) I stayed with HostGator because it did what I needed it to do. Granted, this wasn’t much when I was only hosting a single portfolio website.

I eventually transitioned from student to designer. As my hosting needs grew, HostGator was always able to provide what I needed.

But I was always able to fix my issue with a quick call to customer support or by submitting a support ticket. I don’t have records of how many times I called customer support in 5 years. I do know that I submitted 10 online support tickets. Of those 10, Hostgator handled 9 of them promptly. The 10th ticket is the one that made me lose faith in HostGator.

In mid-May of this year, I started experiencing glitches on one of the websites I hosted with HostGator. The home page of the website would load, but every link resulted in a 404 Not Found Error when clicked. Without getting too technical, here’s what was happening:

WordPress websites use a file called .htaccess to make your website’s page URLs function. WordPress does this by placing a bit of code inside the .htaccess file. It’s an important bit of code. Without it, amandaschoedel.com/about does not take you to the about page.

Well the .htaccess file on my website kept getting erased. So every time I clicked a link on my website, I received an error message.

Because I knew what the problem was, I initially tried to remedy the situation myself. I found the .htaccess file on my server, reinserted the necessary code, and pressed save. The site worked as expected for a while, but then the same problem happened again. And again. And again.

At first the file erased itself every few days, and every few days I would update the .htaccess file. But then days turned to hours, and hours turned into minutes. Eventually, I couldn’t get the the links on my site to work for more than 30 seconds before my site would break again.

This went on for about 2 weeks before I turned to HostGator support (on June 1st). This is a lot longer than some people would wait to fix a problem like this. The site this was happening to was a test site, so it wasn’t an urgent issue at first.

When I saw the same problem on a different website — one of my live sites — I wasn’t so patient.

I called HostGator support and spent close to an hour and a half on the phone with a woman named Rhonda. Rhonda “tested” a few things, put me on hold for an ungodly amount of time, and then admitted that she didn’t know how to fix my problem. Nothing was resolved.

Rhonda created a support ticket for me and politely scooted me off the phone. She assured me that tickets created by the support team get first attention over customer-submitted tickets. She refused to give me a time frame, just that I should hear from someone soon.

Here is a copy of the ticket Rhonda submitted:

“Description of Issue: Customer ht.access file does not hold any changes when htacess gives error. Customer has tried renaming, and recreating htaccess file, it reverts back to the previous file, and will not hold any changes. Did try to change on this side, seems to hold occasionally, but reverts back to old, and gives customer 404 error. customer occasionally sees the internal server error instead of the 404 error as well.

Other Notes: Steps to Reproduce the Issue: N/a”

In the past, I always received responses to support tickets in about 24 hours. So when two days passed and I hadn’t heard anything I followed up on that support ticket. No response.

Ten days after that (or 12 days after my initial call) I followed up again. Nothing.

I called support several times during this period, too, only to be told that I should wait for a response to my ticket. The phone support staff could not offer any help, nor could they provide an ETA of when my ticket would be handled.

As anyone who has lived in the 21st century knows, time is money. Every day that I sat around with broken websites was costing me–and my clients—money. Eventually, I came to the end of my patience and decided that I had no choice but to find a different provider.

The Hosting Company I Now Recommend Instead

I did my fair share of research and comparison shopping and kept coming back to Bluehost. The prices are reasonable–like, just as cheap as HostGator–and they get rave reviews for their support.

Interestingly enough, Bluehost and HostGator are owned by the same company, Endurance International Group (EIG). This, of course, made me nervous. But other converts assured me that HostGator and Bluehost are separate entities, with separate policies and ethics.

This, plus the assurance of their 30-day full refund policy, convinced me to make the leap. Actually, since Bluehost doesn’t require term commitments, they offer pro-rated refunds of your services at any time.

I transferred all my sites away from HostGator, and into a Bluehost hosting account. Guess what? Both of the websites I had issues with worked perfectly from the get go.

I now host exclusively with Bluehost, and I also recommend them to my clients and friends.

I’ve had to contact their support team twice (via live chat), and the technicians who helped me solved my problems on the spot. In fact, the positive experiences I’ve had with Bluehost support are what reminded me that I’ve been wanting to write this post.

Of course, choosing a hosting company that can meet your technical needs is primary. (More on that in a future post.) But unless you’r well versed in server management, choosing one with quality customer support is equally critical.

[Tweet “If your hosting company has great support, you don’t have to know all the answers yourself.”]

Good news for the non-techy website owners out there: If your hosting company has great support, you don’t have to know all the answers yourself. Just give your host a call, and you have instantaccess to an expert who can troubleshoot your issue. This’ll save you a ton of time (and headaches) when you hit that inevitable bump in the road.

On July 30, 2015—2 months after my initial call to HostGator support and several weeks after switching to Bluehost—I received the following response to my support ticket:

I sincerely apologize about the delay in our responses.

It seems the .htaccess file is functioning as normal at this time. I have made multiple changes and none were removed/deleted. I have reset the permalinks and waited about 20 minutes and all the sub-pages appear to be loading now.

I went ahead and set the .htaccess file to be immutable, which means the file cannot be changed unless we removed the immutable flag. This will prevent anything from changing the .htaccess to affect your sub-pages.

If you prefer for us to remove this, please let me know! If you have any additional questions please do not hesitate to reply to this message.”

My support ticket went unanswered for 2 full months, and all I received was “I sincerely apologize about the delay.” This miffed me more than a little bit. After that long I almost think it would have been better to never receive a response. At least then I could give HostGator the benefit of the doubt that maybe their ticket system was broken. Maybe they never received my messages. Maybe they replied and I just never got it. But instead I received a response that was way too little too late. After 2 months I would have expected something more than “sorry.” But who knows, maybe I’m just a demanding customer.

As for the rest of the message, this would have been a fantastic response had I received it 8 weeks sooner. Unfortunately, by the time I heard back from HostGator I had long since given up on them.

What’s more, the work and testing he did on my website was all in vain. I still had a copy of the site files on my HostGator account because I hadn’t yet gotten around to canceling it. I never bothered to test the HostGator files to see if they actually solved the problem. I was already happily hosting with Bluehost. It didn’t really matter at the point, because they’d already lost my trust and my business. So I just sent that email straight to the trash and haven’t looked back since. Well, until now. 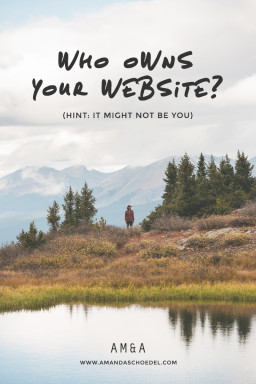 Why you should never let your web designer register your domain 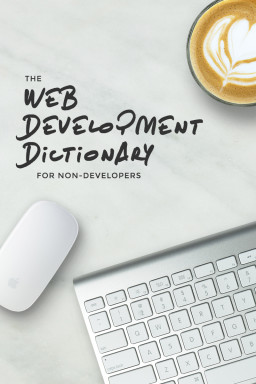 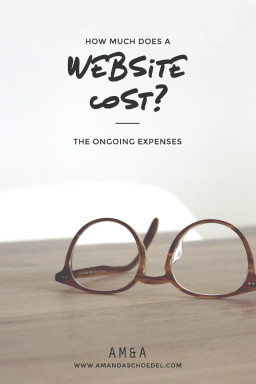 See You In Your Inbox